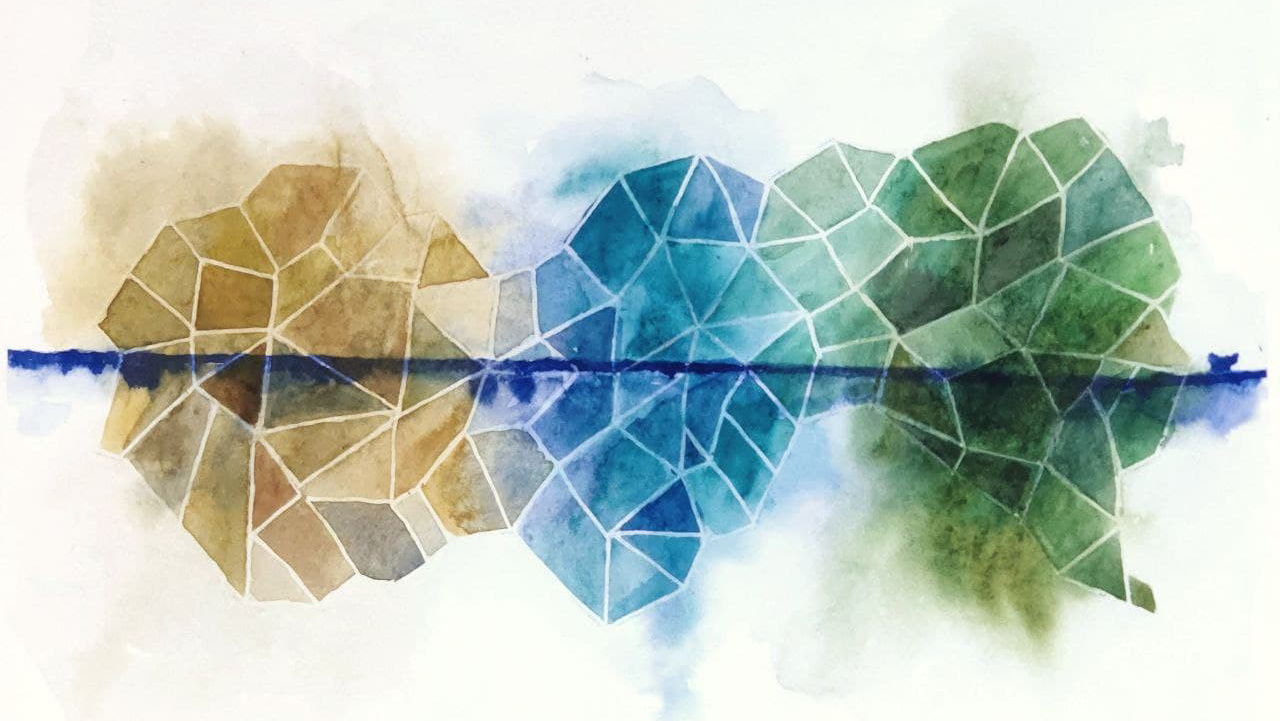 Cities in the Arctic have long been the agents of colonization, built by settlers mostly for resource extraction and expansion of geopolitical power. However, settlers arriving to tame nature have developed attachment to the place, and for many, it became their home. Adapting to extreme climate and environment, settlers domesticated the landscape consciously and/or unconsciously to conform to their images of “normal city,” values and aesthetic preferences based on available resources. These practices and experiences may serve as sources of resilience in the age of Anthropocene when human ability to transform nature has reached the highest point.

The project will also generate scientific knowledge for complex assessment of the positive and negative impacts of development and tourism on other remote regions of the world.

Geographically, the project focuses on informal roads and local communities in the north of Irkutsk region and Republic of Buryatia in Siberia with economic, demographic, and environmental conditions and trends representative of the broader Arctic/Subarctic region.

The main project goal is to understand the effect of roads on formal and informal economies, social relations, cultural traditions and relations between humans and the environment.

This goal will be addressed implementing the following broad interrelated objectives:

The project Informal Roads started as an ordinary research project. However, from the beginning it had a strong collaboration with local and Indigenous communities. During this time of COVID we started collaboration with artists which led to this initiative. At this panel we discuss the preliminary results that we hope the next AAG meeting in 2022 will be materialized in an on-site exhibition. The scientific perspective on informal roads is mostly shaped by understanding infrastructure in the context of complex system interactions. However, this approach lacks taking into account human desires, values, imaginaries, beliefs that often guide human action.

Palimpsest is one of the metaphors that allows an artistic perspective. It is instrumental for understanding changes in the built environment: houses have been built and rebuilt, roads were formed and degraded. However, the term has not yet been used for studies of human and non-human interactions from the local and Indigenous perspectives. In our project, we aim to combine systems approach and palimpsest metaphor with the local and Indigenous knowledge. We find it possible to engage with all these forms of knowledge on all stages of the project, including gathering, analyzing, curating, interpreting and presenting data and ideas situated in a specific context of our study area.

Our project is developed in partnership with the local and Indigenous community of Evenki. Their traditional land use includes hunting for ungulates, fishing, gathering Siberian pine nuts, berries and herbs that provide them with food and hunting on sables and gathering Siberian pine nuts for cash income.  According to indigenous epistemology, landscape is considered as a sentient being. It has its own agency and can “fight back” the view not dissimilar to the actor-network theory. However, while Bruno Latour considers non-human actants only as mediators for extending human agency, in Evenki worldviews the agency can be assigned to animals, fire, weather, rivers and even to specific forest groves. Moreover, for Evenki, the boundaries between human and non-human beings are not defined clearly. For example, according to the local legends, one of the Evenki tribes was formed as a result of Evenki-reindeer herders with half-human beings covered with fur and subsisted on fish. Attribution of human characteristics to animals, trees, and inanimate objects through spirits eventually questions the ethics of killing or harvesting. During the ethnological expedition tasked with identifying sacred places to protect during pipeline construction, ethnographers met a lack of understanding among Evenki, who often were noting that everything is sacred and needs protection (Sirina 2012).

Аrt and Geography Confluences: Perspectives on Collaboration and Future Imaginaries 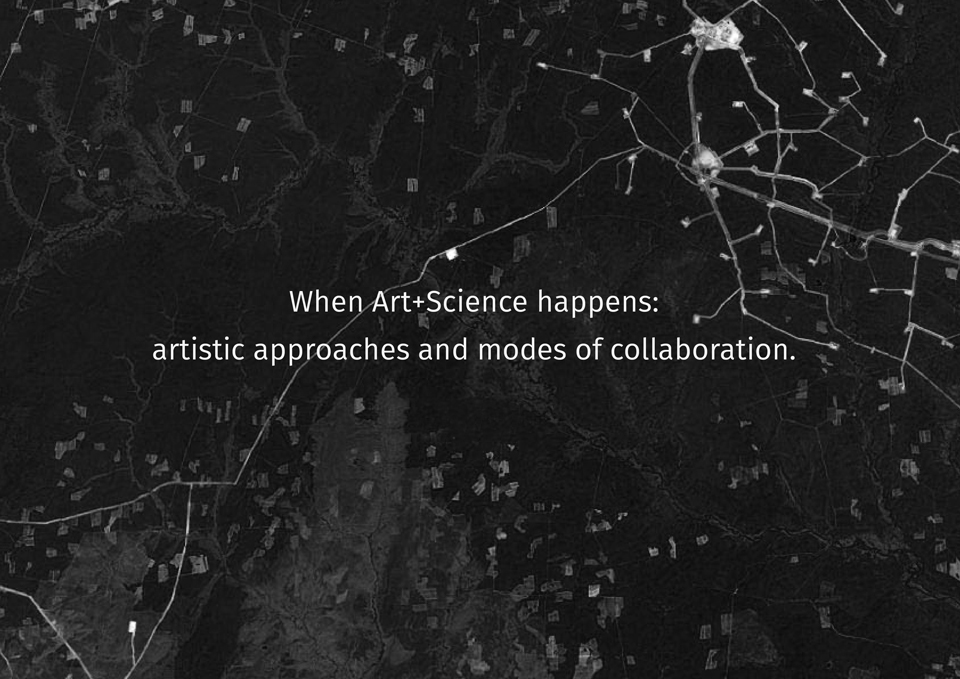 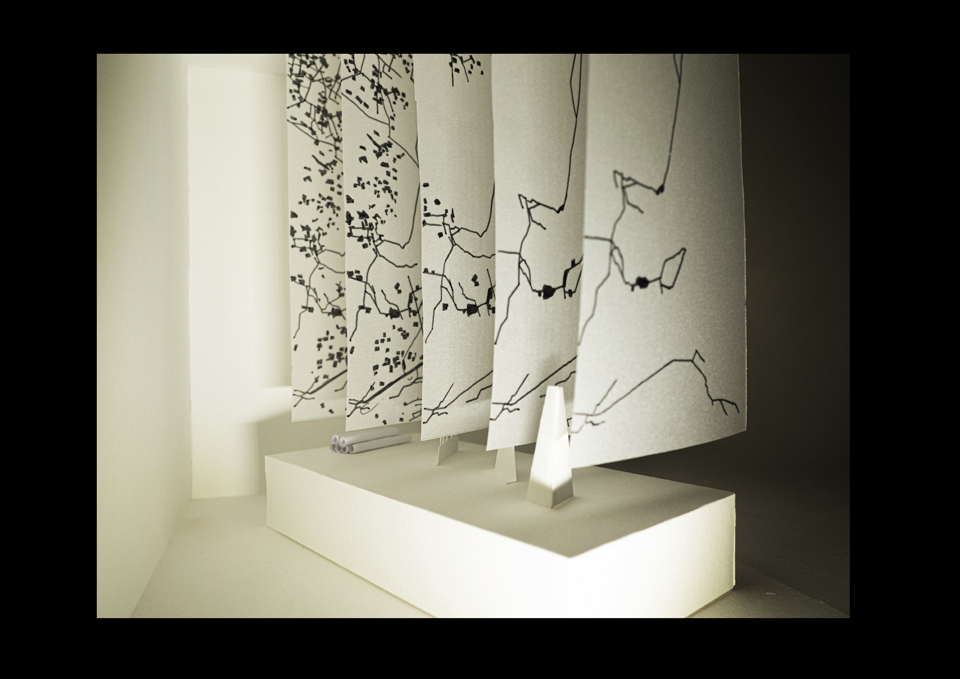 Dmitriy Kobylkin, Stanislav Podusenko. “The cooler a truck, the farther it gets stuck” 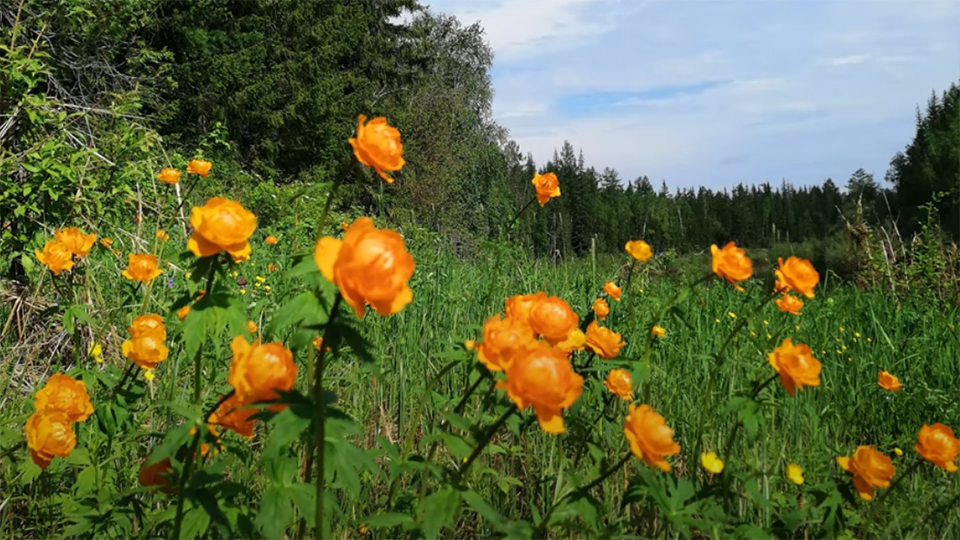 Natalia Krasnoshtanova, Lera Lerner. “I remember the first forest fire I saw, or rather the smoke from it”, video, 2021. 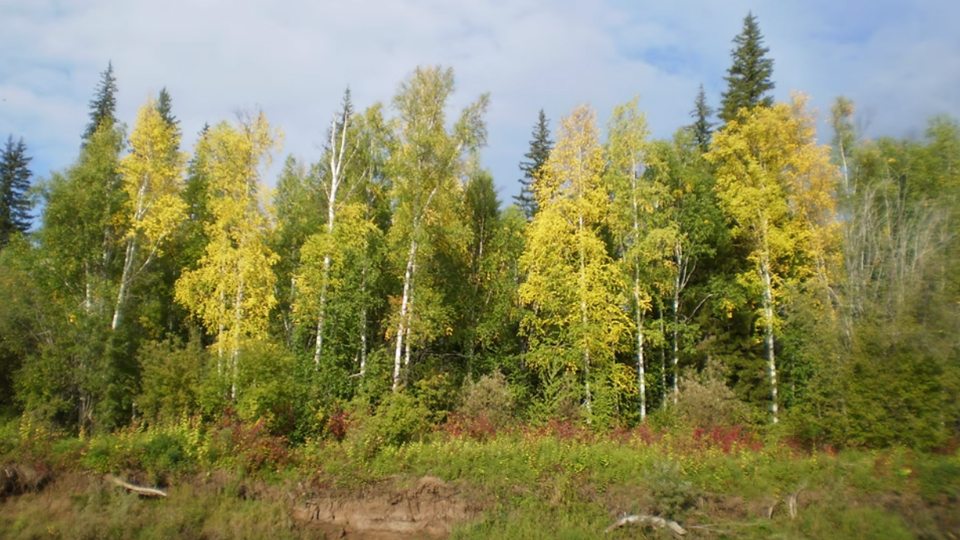 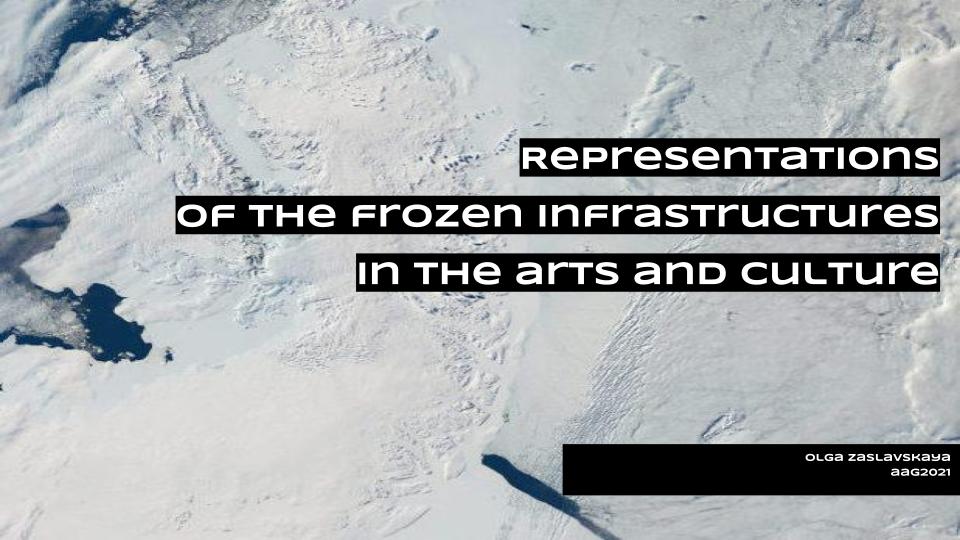 Olga Zaslavskaya. Representations of the Frozen Infrastructures in the Arts and Culture 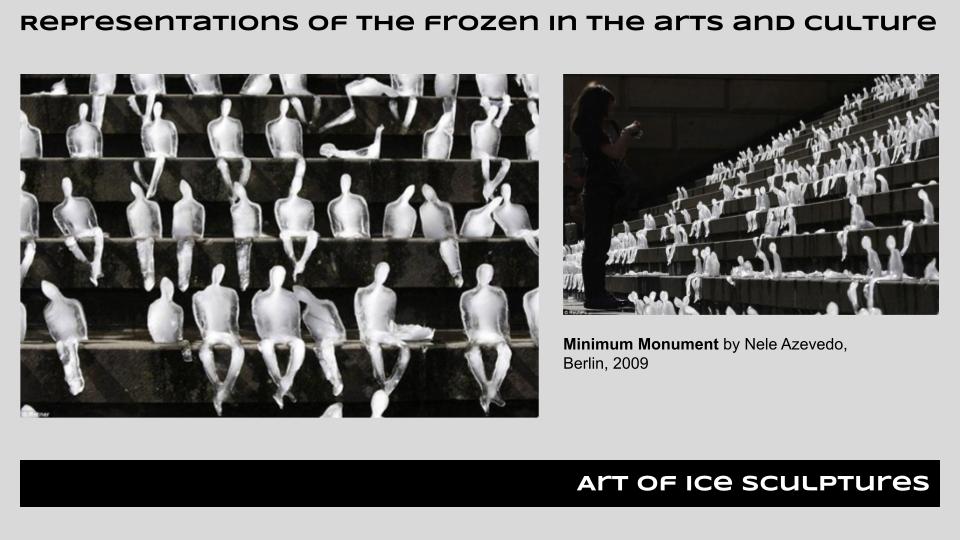 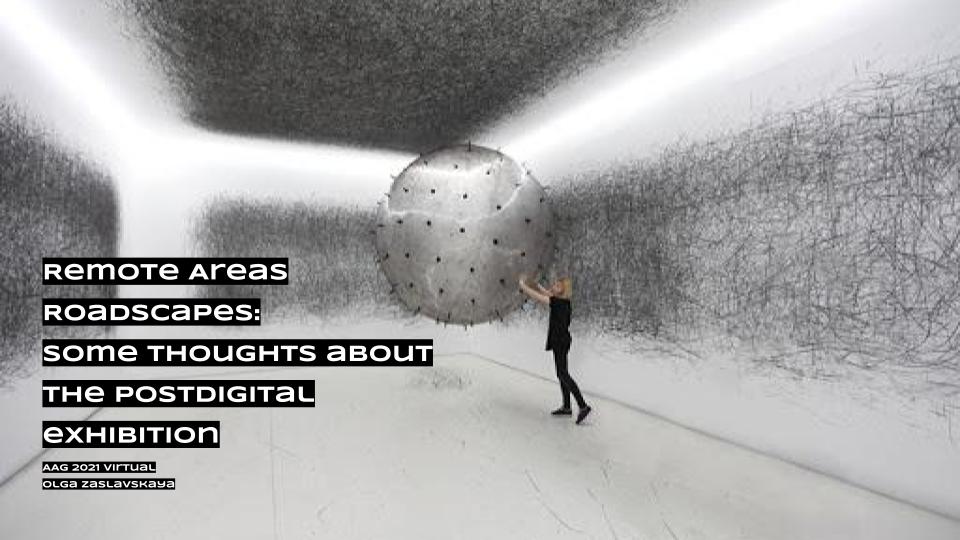 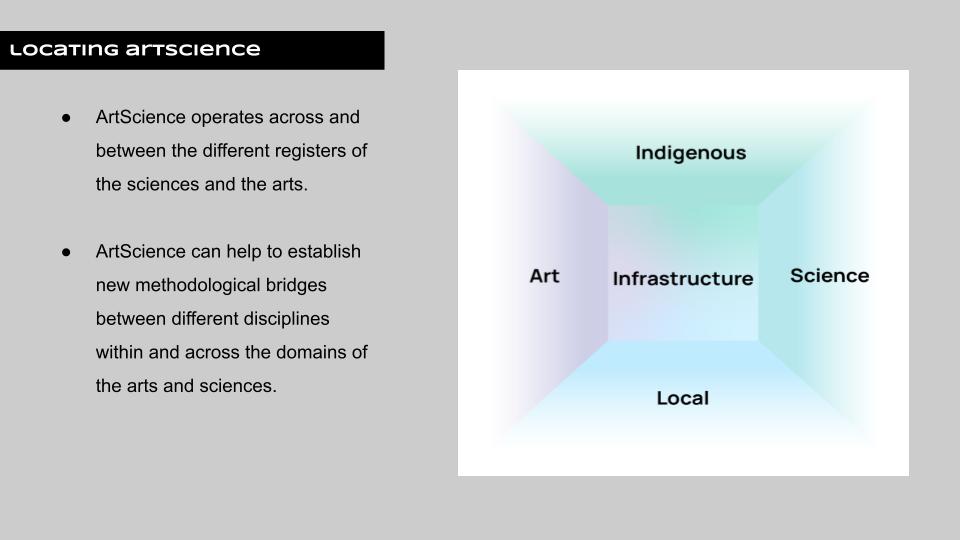